Alcaraz and Schwartzman ready for the challenge

This afternoon Diego Schwartzman and Carlos Alcaraz participated in their respective press conferences prior to debut at the Barcelona Open Banc Sabadell 2021. Both have spent several days in Barcelona training on the courts of the Real Club de Tenis Barcelona-1899, and have expressed excitement to play this edition.

The Argentine closed last season with great results, reaching the semifinals of Roland Garros and rising in the ranking to the point of qualifying for the Masters being one of the 8 best players to compete in the last event of the year. This 2021 has been a bit irregular despite winning his fourth ATP title in Buenos Aires, losing in some tournaments earlier than expected, such as in Monte Carlo. He is not worried because the year is long, but he is aware that this week his goal will be to pick up the pace, feel comfortable again on what is his favourite surface, and regain feelings to win matches.

He is the fourth seed in the main draw, so he will advance directly to the second round, and could face young Carlos Alcaraz for the first time, should the Spaniard beat American Frances Tiafoe in his debut match. There are many hopes about the Murcian, currently the seventh best player in the world under 21 years of age, who has deserved a wildcard to the main draw and this will be his second participation in the Conde de Godó Trophy.

Alcaraz, a pupil of Juan Carlos Ferrero (former number 1 and champion of Godó just 20 years ago), radiates enthusiasm for competing in what has been his club for years. There are many eyes on him due to his great projection, but far from putting pressure on himself, he tries to focus on himself beyond what they say and above all on having fun with his team. He recognizes that he is in a learning period and adapting to the top of the circuit, so his priority is to continue to grow as a player. In any case, both the Argentine and the Spaniard come with a lot of desire, ready to play a great role in the tournament. 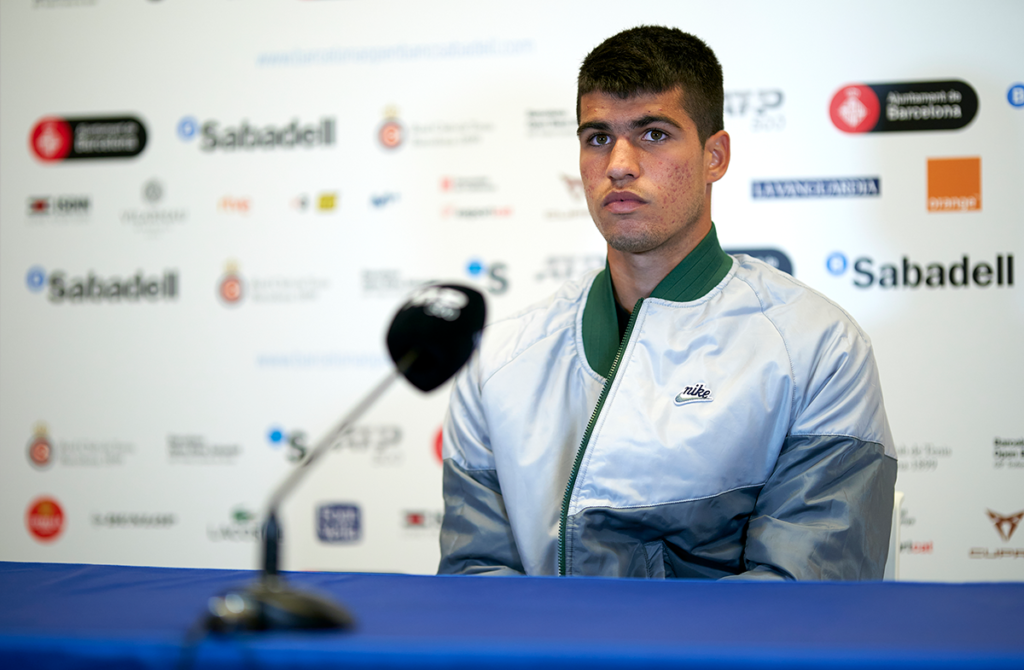