The main favourite of this new edition of the Barcelona Open Banc Sabadell attended the media virtually this morning after his morning practice and made it clear that his stumble in Monte Carlo is more than forgotten. “What happened in Monte Carlos is in the past, the defeats are neither pleasant nor positive, and they put everyone in their place. Monte Carlo put me in my place and now I hope that Barcelona will go well”.

He has spent days in the bubble with his team in Barcelona, ​​polishing the last details and showing as motivated as ever. Rafa faces this week with “enthusiasm, it is always nice to play in Spain, in this case in Barcelona. Here I have won many times and this has been my club since I was 13 or 14 years old”, so he feels comfortable playing at home with the public again. 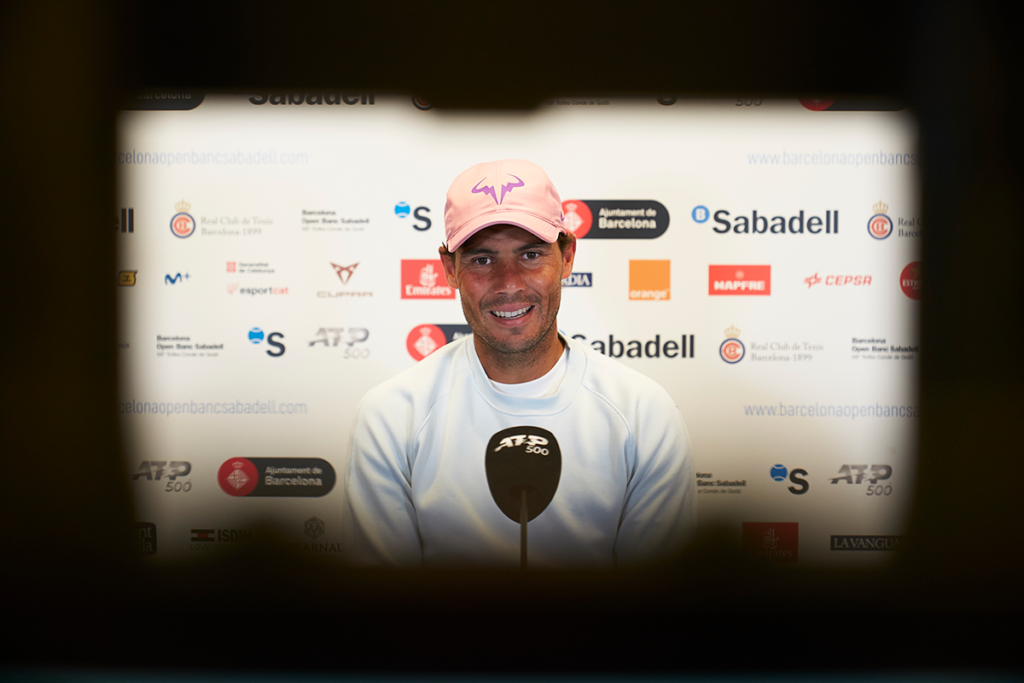 Nadal arrives in Barcelona after having played only two tournaments this season, due to the back injury that kept him out of the competition these first months of the year. Despite his lack of play, he has a win/loss record so far of 6-2, a good percentage that makes the Spaniard feel confident in his game.

Tomorrow he will debut against Ilya Ivashka, who qualified for the main draw and defeated Tallon Griekspoor on Monday 6-3 6-1. The Belarusian placed in position 111 of the ranking knows the Real Club de Tenis Barcelona-1899 well since trains quite often on these courts; he is not underestimated by the Majorcan. He affirms that it will be a difficult match, that his rival comes from playing well in the qualifying matches, and that he also showed good level in Marbella.

The 11-time champion of the tournament is eager to lift the trophy again, on a court that bears his name, and above all to gain confidence in this gravel season that will conclude at Roland Garros. “I arrive well, after, the court and the competition; they will determine how I really am.” We will see if these good feelings that Nadal transmits are reflected in matches throughout the week.