This is part of a strategy that will be carried out over three years with which it is expected to adapt to an increasingly digital society. It focuses especially on improving interaction with fans and facilitating the organization of the tournament, also positively affecting communication with sponsors, suppliers and the press through platforms and digital content, among which the virtual press conferences of the players stand out. The new newsletter for fans, sponsors and workers has been one of the newest additions to this plan, providing very complete information on the development of the competition and its participants.

Covid-19 has delayed some initiatives that will be carried out later and has in turn accelerated others that have already been enjoyed in this edition. This year there has been a revolution in social networks with constant real-time communication and a lot of audiovisual content with summaries of the day and unique content with players such as the famous Sant Jordi video, but above all it has been noticed in the interaction with the fans who are experiencing the tournament as if they were on the court. For digital fans they have been able to see what has happened in the area reserved for players.

The new official website, user friendly and adapted for use by mobile platforms, has been another of the most outstanding novelties. It has made it possible to follow the day-to-day of tennis players in Barcelona with the latest news and minute by minute of the matches and off-court activities, offering for the first time the opportunity to watch the matches on courts 1 and 2 in streaming. The follow-up of the tournament has been encouraged from more than 90 countries where it is broadcasted.

The Barcelona Open Banc Sabadell is taking a firm step towards a digitization that is marking a before and after, which will allow us to see other advances in time, such as a new app or a digital stadium that will allow us to live the experience even more closely. There are many expectations and enthusiasm in this project, which is undoubtedly receiving very good acceptance from the public and sponsors crossing borders that we could never have imagined. 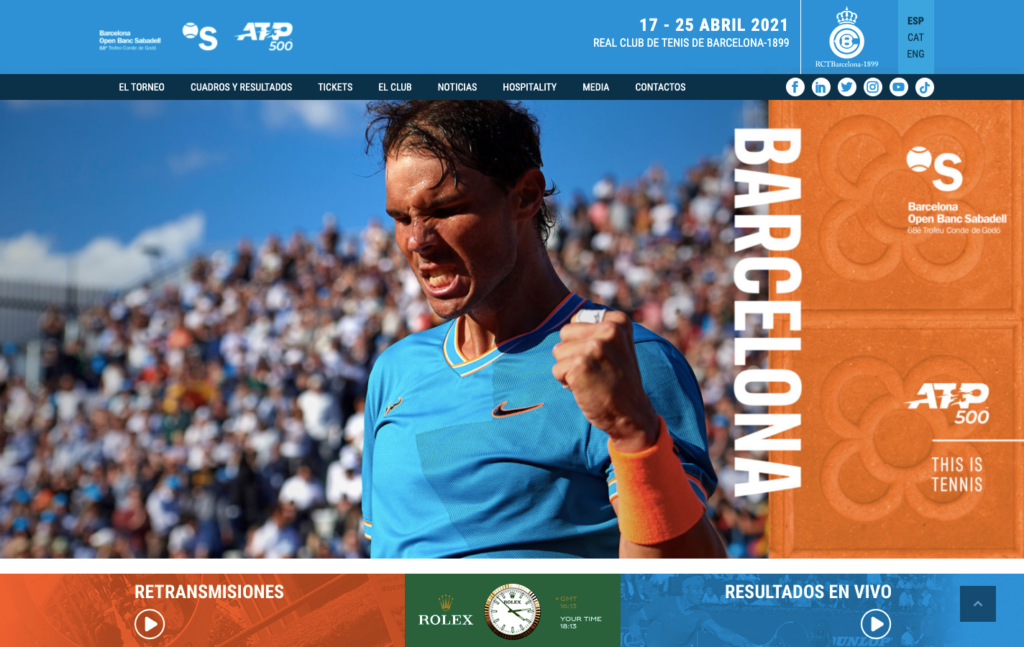